Among Us is extremely popular these days with lots of people hopping on the social gaming platform. What most don’t realize is that games like Werewolf and Mafia - the games Among Us is based on - are also extremely versatile. You can set up your own game rules with your Crewmates to make the experience more exciting.

Among Us has a lot of options you can tinker within its existing rules. However, with a few external rules and a regular squad, you can agree on more interesting rules, to add some chaos to the mix.

Here are some of the completely off-the-wall ways SQUAB has come up you can play Among Us with your friends.

This is a super fun way of playing of Among Us. Just like how we used to play as kids, but now virtual, like everything else. 😭😭 Here are some game hacks that will need to be made to the lobby settings. For starters, there should only be one Impostor. Next, turndown their vision to 0.25x, while Crewmates are set somewhere between 2x – 5x.

You will now need to implement a requirement that the game only have 4 short tasks. Allowing Crewmates to accomplish a goal before getting killed (aka tagged). Finally, set the kill distance for Impostors to short. Now you’re ready to play! Once the game begins, start off with an Emergency Meeting so the Impostor can reveal themselves. Once everyone knows who the Impostor is, off you go! (Allow Crewmates about a 15-second head start to run and hide while the Impostor is counting down in the Meeting room.)

This is a common rule used by many Werewolf and Mafia groups that adds a lot of pressure and suspense to an already tense game. 😬 And it’s super easy to implement into Among Us gameplay too! All you need is a randomizer app of some sort to decide who will be the god vote once an Emergency Meeting is called. Play the game as your squad normally would, but when a meeting is called, have the randomizer select a single player. That player is the only person who can vote. The selected voter can still choose to skip or they can cast a person out based on what everyone is telling them. It’s literally all up to them!

A bit of psychological trickery can cause a lot of tongue slips which is perfect for those tense Among Us meetings. 😈 In this off-the-wall gameplay, everyone names themselves after one of the character colors, but then chooses a different color for their avatar. So if you name yourself Blue, choose pink for your Crewmate avatar. This is an awesome way to cause confusion during meetings. 🤣🤣 If you’re playing Among Us with an LFG squad, this works great to outsmart the game players who just go off of avatar colors, rather than names of players.

Another great way to even the playing field and cause utter confusion amongst everyone. This one requires turning Among Us to grayscale on your device, so that you cannot see what color everyone’s avatar is. Another great confusion-style gameplay here. This can be especially fun if you use hidden name tricks or by using single letters like “l” and “I” since they both will look the same in-game. Don’t forget your assigned name though, otherwise Emergency Meetings are about to get hella confusing! Good luck trying to figure out which Dark Gray everyone is talking about. 😅

You likely won’t be able to play this with random Among Us LFG squads since most people in public games tend to use the character colors. With friends, however, it can be absolutely comedy. What you basically do is before the game starts, everyone names themselves in-game as another member of the group. For instance, Chris takes Kim’s name and Kim takes John’s name. Make sure everyone is on voice chat and watch how chaos is unleashed when the accusations start flying and everyone is confused.

When you want to get the adrenaline going, this style of gameplay is perfect for mixing things up when you’re tired of playing Among Us under old school rules. This free-for-all style will have everyone panicked and instantly, TRIGGERED. Start off by establishing some ground rules. The Slasher/Impostor should only be allowed to Sabotage doors, limiting their kill strategy. No meetings should be called, making this an epic battle to the end. Be sure to set the game up to only have 5 short tasks as well. For competitive purposes, you should also set the game to have a single Impostor, lower their vision slightly, but up their time to kill. Utilize these tactics and rules adjustments and you’ll have everyone running around in a mad chaos, like being in a epic horror movie, Among Us style. 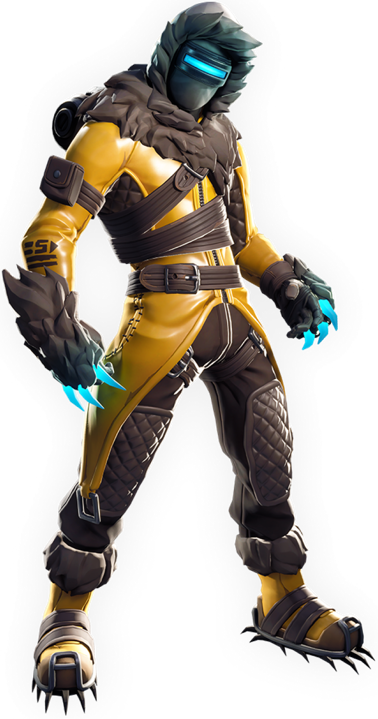